Four Moana soundtracks that teach us ways to better understand ourselves

Pretty obvious, this article contains spoilers that are going to be revealed shortly. Watching or recalling the storyline before reading the article is highly recommended.

Moana is one of my favorite Disney movies that left a deep impression on me as it highlights the fulfillment achieved from knowing and pursuing passion. Moana illustrates the story of a soon-to-be village chief that sailed out on a mission accompanied by the once-mighty demigod Maui to save her people by restoring the stolen heart of the mother island, Te Fiti. Besides finishing her missions, we also witnessed Moana discovering the one thing she always sought, her own identity.

Whether you realize it or not, her accomplishment in understanding herself better is not an individual effort, but a collective one. Moana’s journey in increasing her self-awareness simultaneously improves her quality of life as well as her relationships with others, which is theoretically explained in the Johari Window model. Created by Joseph Luft and Harry Ingham in 1955, the Johari Window model represents all information, behaviors, attitudes, and feelings about ourselves that lets us measure the level of our self-awareness. The model is categorized into four quadrants: open area, blind area, hidden area, and unknown area. 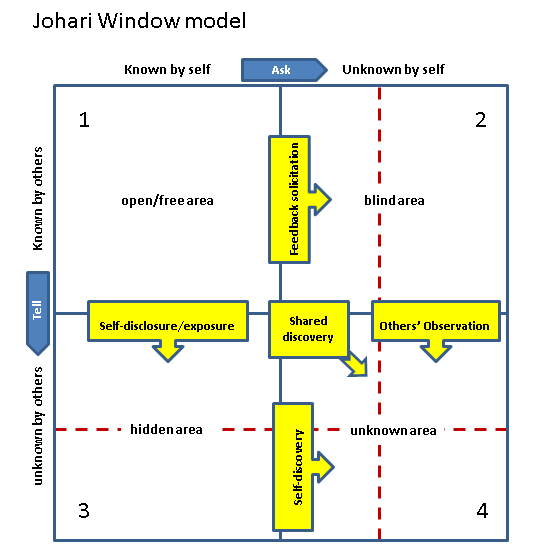 Then, the next question is, how does the model work? As we all know that the Disney movies’ soundtracks don't exist just as an accompaniment but are often serve as key to storylines. Below are examples of how the four area quadrants of the Johari Window model are portrayed in Moana’s soundtracks that help individuals increase self-awareness!

The open area is simply defined as an ‘I know, you know’ state, representing any information available publicly. The first soundtrack chosen for the first quadrant is ‘You’re Welcome’, which was sung by Maui when he met Moana for the first time. If you are wondering why the discussion starts with Maui instead of Moana, the reasons are 1) I love the song, and 2) the model can be applied to anyone, which can be Moana, Maui, and of course us.

The song portrays two main points of the open area: what parts of personality Maui are aware of and willing to communicate it openly. Understanding the information regarding us is available in the open area will make us feel good as other people perceive us the way we want them to. As for Maui, the song depicts him as a confident person who is very proud of all his exploits, and it is recognized by others. As highlighted in the song, “For the islands, I pulled from the sea. There's no need to pray, it's okay. You're welcome.”

The second area is the blind area; the way we get to know ourselves better from things we don’t know, but others do. The information can be about our flaws or strengths. The soundtrack featured in this quadrant is “Know Who You Are”, the song that reveals hidden good traits inside one of the characters in the movie, Te Ka.

The song appeared during the climax of the movie when Moana finally realized the truth about Te Ka as recited in the lyric, “I know your name. They have stolen the heart from inside you, but this does not define you. This is not who you are. You know who you are.” The moment Te Ka’s eyes met Moana’s, Te Ka realized the truth that she is Te Fiti who’s lost after her heart was stolen. Hence, Moana, who knew about the fact beforehand, helped Te Ka to calm down, placed the heart back to where it belonged, and brought Te Fiti back with her compassion.

It's time to discuss how the main soundtrack ‘How Far I’ll Go’ is applied in the model, finally! Recorded in various languages, How Far I’ll Go’ is the ‘heart’ of the movie, portraying the storyline of Moana’s fear in fulfilling her inner wish to sail the sea due to the expectation of her dad to perform her role as the chief of her village. As written in the lyric, “I wish I could be the perfect daughter. But I come back to the water, no matter how hard I try.”

The song depicts the hidden area of Moana, something about her that is kept under wraps and unknown by others. Usually, the information in the hidden area is there for a reason, in Moana’s case, is clearly because she doesn’t want to disappoint her dad. On the other hand, the movie also shows Maui’s hidden area with different motives, which is concealing the meaning of his tattoo on his back as a part of his past he’d rather not talk about: the fact that his parents didn't want him and threw him into the sea.

What’s interesting is, despite our persistency to hide certain facts about us, the attitude can change over time. Once you do, or in this case, when Maui revealed his past to Moana, the information was moved, which expanded his open area.

The smart arrangement I like about this song is it is closed with the same melody as ‘How Far I’ll Go’, showing the progress of Moana having better self-awareness. From saying, “See the line where the sky meets the sea? It calls me. And no one knows how far it goes” to, “And the call isn't out there at all, it's inside me. It's like the tide, always falling and rising.” 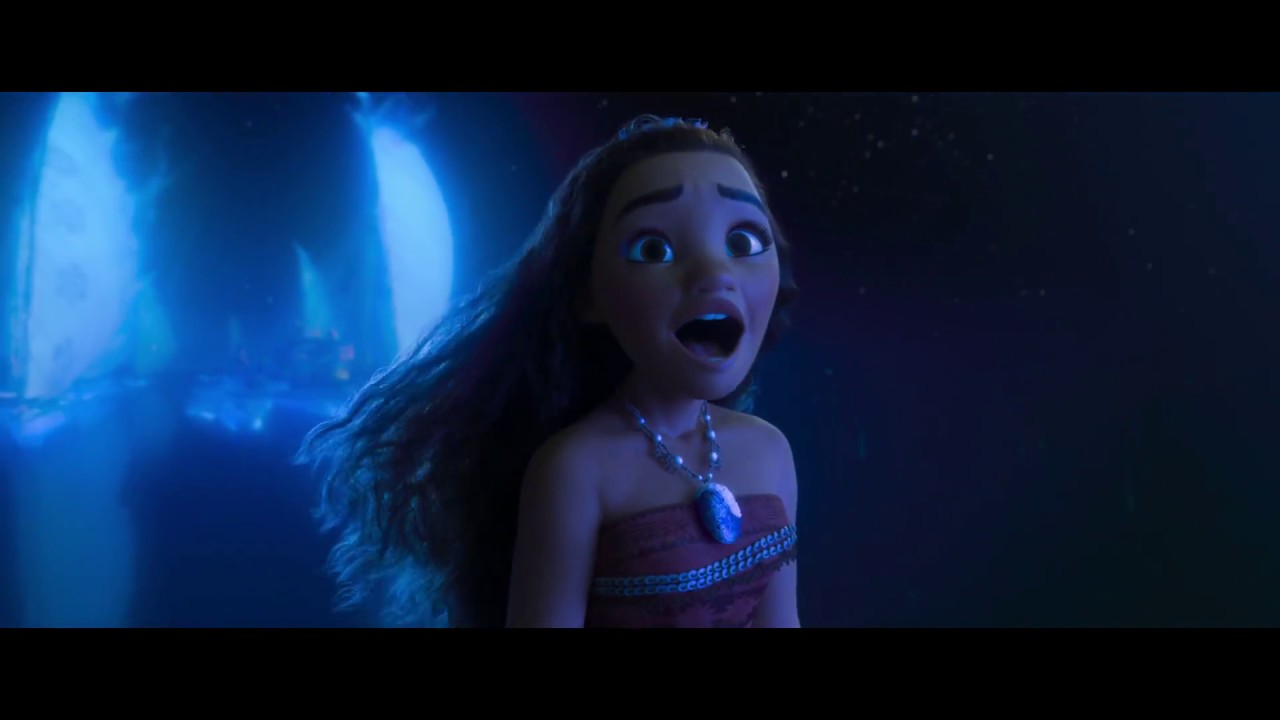 From the soundtracks analyzed with the Johari Window model above, we know that we aren't necessarily aware of ourselves, and people surrounding us have a fundamental role in helping us understand who we are—just like what happened to Moana and other characters. Hence, discovering truths about ourselves both provide us a better understanding and improve our relationship with others, particularly those who help us through the process.

Perhaps, we think we know ourselves best—just like when Moana believed she should stay on the ground. However, if we try to take a closer look and brainstorm with others, who knows ‘we can find our sea when we’re stuck on the island’? Discovering our true passion and finding real happiness.

Thus, would you dare to use the Johari window model to help you increase your self-awareness? Answer in the comment section below!

Written by: Anggelin Triastifani
Anggelin is a would-be artist with passions for art, music, and travel.
Comments
Leave your comment
<
prev
index
>
next
Tags
Movie Music The Self
Recent articles
Popular articles