According to Brittanica, propaganda is the systematic effort to manipulate other people’s beliefs, attitudes, or actions by means of symbols such as words, gestures, banners, monuments, music, clothing, and so on. It is essentially a dissemination of information—facts, arguments, rumors, half-truths, or lies—to influence public opinion. To achieve these aspects, propagandists deliberately select facts, arguments, and displays of symbols and present them in ways they think will have the most effect. They may also omit or distort facts or simply lie to maximize the effect.

Propaganda is often used in political effort, to sway supporters to a certain party. However, it can also be used in movies to support the plot, such as in The Hunger Games books and movies. The Hunger Games is a series of young adult dystopian novels written by American author Suzanne Collins which is set in a new nation called “Panem” where each year, one male and one female “tribute” between the ages of 11 and 18 from each twelve districts is forced to take part in an annual competition called The Hunger Games. The game is broadcasted live throughout the country for the entertainment of Capitol’s wealthy residents. It also serves as a reminder for the districts of Capitol’s power and its lack of remorse or forgiveness for rebels.

The story takes Katniss Everdeen, a girl from District 12, who volunteered as tribute to replace her sister, Primrose Everdeen or Prim. Katniss went to the 74th Hunger Games with Peeta Mellark, the male tribute where they ended up winning the game and in the second novel, Katniss and Peeta were forced to participate in the Quarter Quell, a special Hunger Games that happens every 25 years, with living winners or victors from previous years also participating. By the end of the book, we found out that a few victors and the gamemaker, Plutarch Heavensbee, had been planning a rebellion against the Capitol. In the final installment, we see Katniss becoming a part of the rebels, filming propagandas and going into war, electrifying the nation and starting a revolution.

Check out five ways The Hunger Games uses propaganda in their story line below! 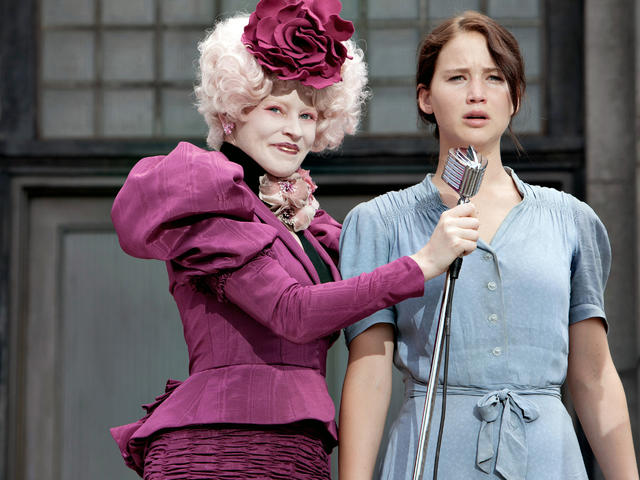 The Hunger Games was originally founded by Casca Highbottom and Crassus Snow as a school project where they were told by their professor to create a punishment for one's enemies so extreme that they would never be allowed to forget how they had wronged them. However, it was eventually turned by the Capitol into a form of punishment upon the districts after their defeat in the First Rebellion. The event was nationally televised as mandatory viewing for all citizens and could last several days to weeks. It serves as a reminder of the cost of rebellion and to never again make an attempt of it. 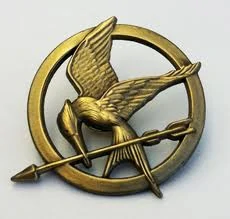 The mockingjay is a species of bird that was created through the accidental mating of jabberjays and mockingbirds with the ability to mimic a wide range of sounds produced by humans. The original purpose of its creation was to eavesdrop on rebels during the Dark Days. However, once the rebels realized this, they began feeding lies to the birds, sending them with false information. The bird's very existence was actually a result of a mistake by the Capitol. In the story, Katniss was given a mockingjay pin by Maysilee Donner (in the book, it was given by Greasy Sae, an old woman that sells soup in District 12). Katniss then wore this pin on the 74th games, a move that angered the Capitol. Later on, this association with the bird caused Katniss to be dubbed as "The Mockingjay", the symbol and leader of the Second Rebellion. The gesture first appears when Katniss volunteers for her sister Prim in the 74th game. According to the book, it’s an old and rarely used gesture of District 12 which means “thanks”, “admiration”, or “goodbye to someone you love”. Later in the book, it reappears as Katniss pays her respects to Rue, a fellow tribute who dies by helping her in the arena. In the movie, Katniss showed the gesture to the camera, knowing that everyone in District 11, where Rue came from, is watching. Residents of District 11 follow suit, which triggers an uprising. The three-finger salute is also mentioned in the second book as Katniss visits District 11 to deliver a speech commemorating Rue, the crowd makes the gesture. However, she doesn’t realize that the innocent gesture has turned into something dangerous — a symbol of rebellion against the Capitol. The one who initiates it among the crowd in District 11 is shot in the head. Since then, the symbol is used to represent solidarity among the rebels.

Peeta Mellark is the male tribute that went alongside Katniss to the 74th game. By the end of the Quarter Quell or the 75th Hunger Games, when Katniss was successfully saved by the rebels, Peeta was captured and held hostage by the Capitol. Fast forward to the third installment, during one of Capitol’s broadcast, we see Peeta, now sickly thin and tortured, says things like a cease-fire is the best option for the rebels, that Katniss shouldn't trust anyone, and that the rebels are using her. Through Peeta, the Capitol hopes to unsettle Katniss and by extension hinder the rebellion while also showing to the nation what it costs to be opposed to the government. 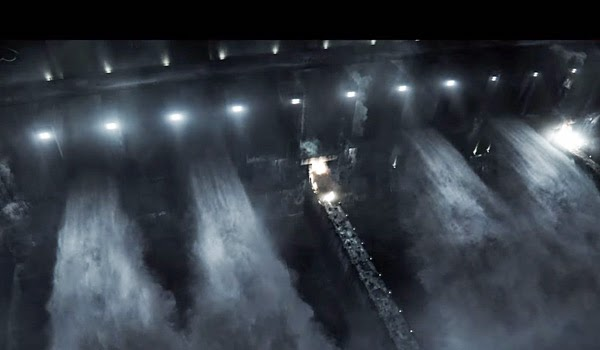 “Are you, are you

Coming to the tree

Where I told you to run, so we’d both be free.

No stranger would it be

If we met up at midnight in the hanging tree”

In the novel, Katniss sings “The Hanging Tree” while out with a camera crew filming “propos”, the stories’ slang for propaganda designed to promote the rebel cause. Originally, there’s no purpose behind Katniss singing the song since she was just asked by one of the camera crew, Pollux, to sing for the mockingjays to mimic. However, in the film, the haunting tune transforms into a theme song for the rebellion, and when broadcasted throughout all the districts, it inspires District 5 to blow up the hydroelectric dam that Capitol uses as a source of electricity.

From these examples, we learned how propaganda can be conveyed through many different things, the things we say, the clothes we wear, the song that we listen to, among others. Considering this, we need to pay more attention to the messages that are being delivered to the public.