2021 marks the second Ramadan that occurs amid a pandemic. In addition to changes caused by the pandemic, fasting practiced during Ramadan also shifts people’s behavior. Since 87 percent of Indonesians are Muslim, unique traditions are being practiced in the community and make the changes quite influential.

In that matter, Jakpat has conducted a survey that shows the media consumption of Indonesians in the first half of Ramadan. The survey revealed some changes in trends, comparing the first and second weeks of Ramadan. Curious enough? Take a look at the survey result below: 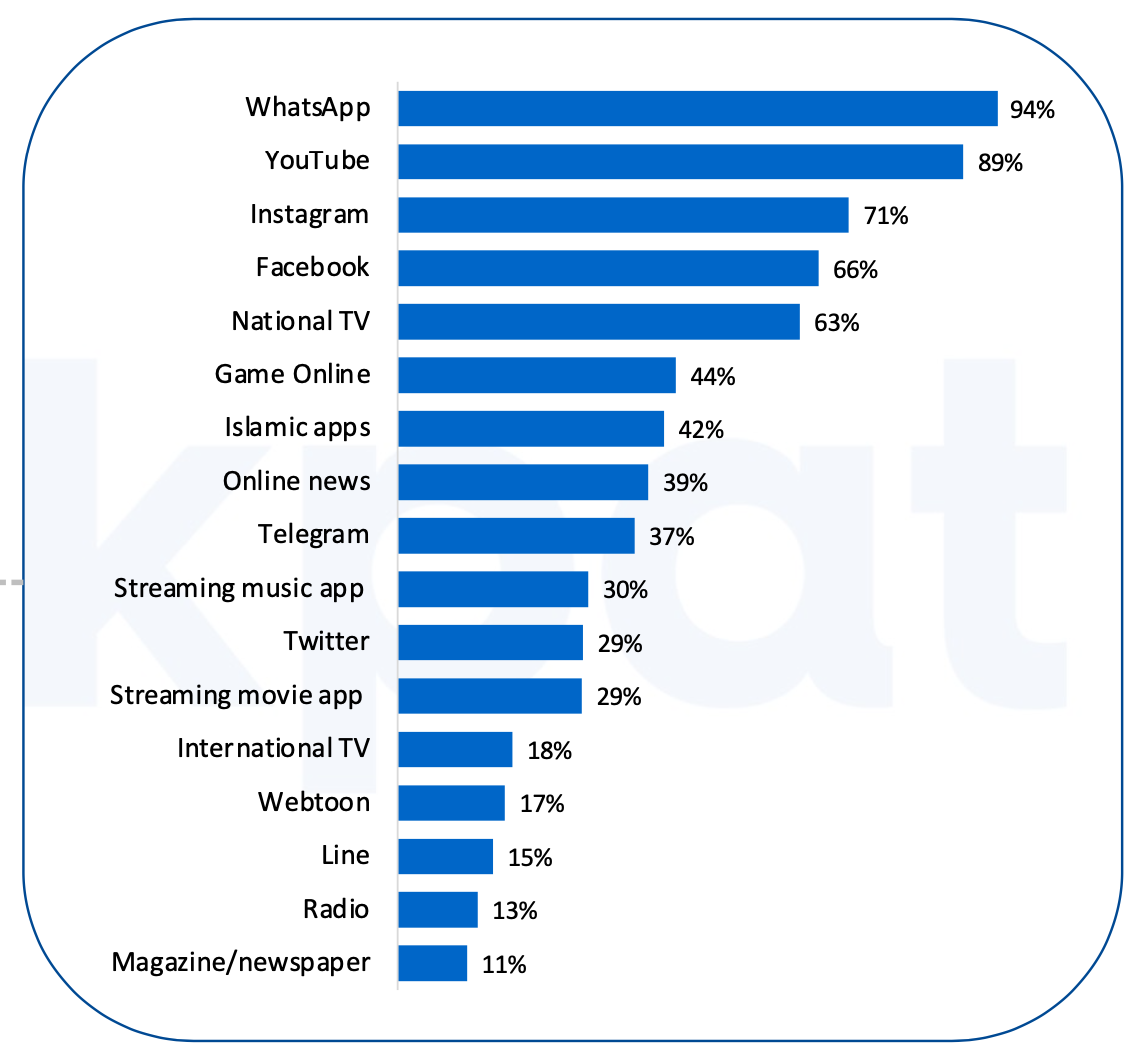 The week one graph illustrates that many respondents preferred to consume media during suhoor compared to fast-breaking time. Moreover, the highest gap between digital platforms and national TV happened during the fast-breaking time, in which the digital platforms consumption decreased while national TV consumption increased. The data shows that more people prefer to turn on their TV when they break the fast. One of the reasons is because all national TV broadcast a daily Maghrib prayer call (adhan), which also indicates the time for Muslims to break their fast.

The illustration compared the result of week one and week two, showing the number of respondents who accessed national TV during suhoor tended to be relatively the same in the second week. On the other hand, the digital platforms consumption showed slight growth.

In conclusion, suhoor and fast-breaking times are crucial times during Ramadan, affecting media consumption. In the first half of Ramadan, most respondents tended to access information or entertainment media during suhoor than during fast-breaking time.

As PR practitioners, it is essential to understand the trends occurring during Ramadan. Only doing so, can we understand our target audience better, communicate effectively and stay relevant.