4 Songs that Speaks about Social and Political Issues

Making music is a universal human trait that goes back to at least 35,000 years ago and it is one of the oldest communication tools to ever exist. It evokes a feeling and conveys emotion, like an upbeat song creates a pumped-up feeling or a song with sad melody and lyrics builds an emotional wave within us. There are a plethora of themes to explore in creating music, such as love, life, loss, hatred, including politics and social issues. Here are 4 songs that criticize society and government and speak about social and political issues: 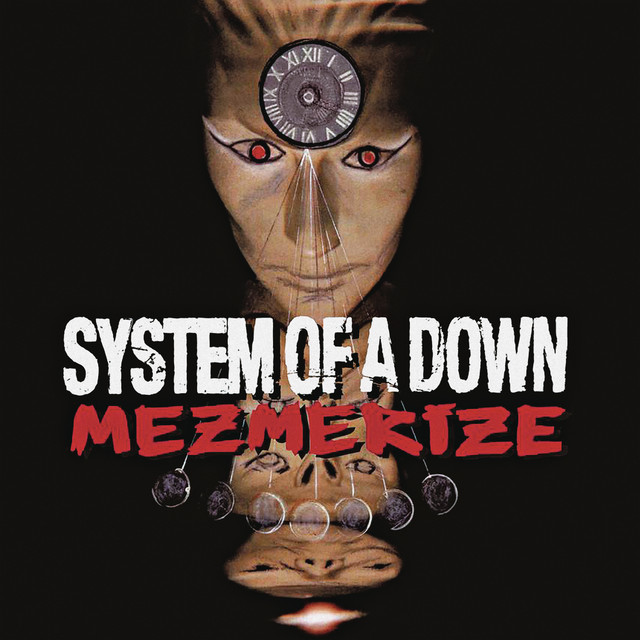 In American culture, B. Y. O. B is an acronym for “Bring Your Own Booze”, a term used by college students where alcohol is not served at a party, but everyone is free to bring their own. However, in this song by System of a Down, an American-Armenian alternative metal band, B. Y. O. B here means “Bring Your Own Bombs”. This tells about the business behind war, and how the government and privileged politicians start them, but they always expect the poor civilians to fight for them. It used a party as a metaphor of war, as symbolized in the lyrics such as,

“Everybody's going to the party, have a real good time,

Dancing in the desert, blowing up the sunshine”

Through the track, System of a Down implies that it is us laymens that need to deal with the consequences of decisions and wars created by the leaders.

“Why don't presidents fight the war?

Why do they always send the poor?”

This was the lead single from their fourth album, Mezmerize, which debuted at #1 in the US and the song eventually won for “Best Hard Rock Performance” in the 2006 Grammy Awards. 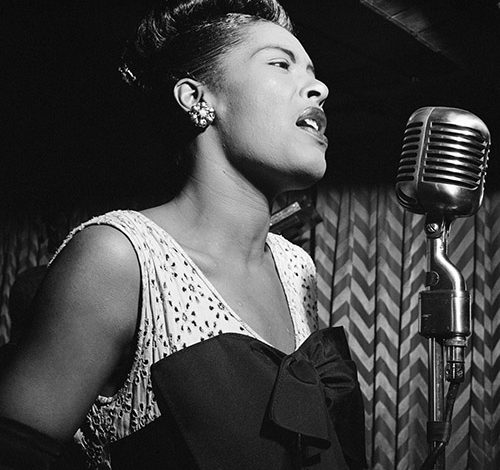 The lyric to this song was written by a civil rights activist, Abel Meeropol, originally as a poem and was later recorded by Billie Holiday in 1939. It depicts the suffering Black Americans went through because of “lynching”. According to the National Association for the Advancement of Colored People (NAACP), lynching is the public killing of an individual who has not received any legal trial under the pretext of justice. It was a violent public acts that white people used to terrorize and control Black people in the 19th and 20th centuries which typically evoke images of Black men and women hanging from trees, and sometimes with other extreme brutality, such as torture, mutilation, decapitation, and desecration. Some victims were burned alive.

The “strange fruit” in this song symbolizes the bodies of Black men and women hanging from the trees. The song was mentioned by Time magazine as “Song of the Century” in 1999. Later, it was covered by Nina Simone, René Marie, among others, and became one of the most influential protest songs of the 20th Century, even until today. 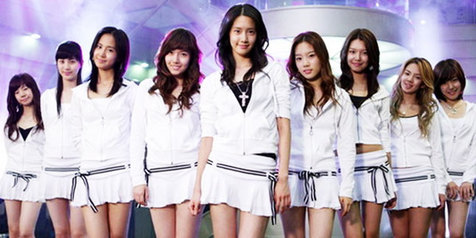 Released on August 3rd, 2007, this song is the debut single from the South Korean girl group, Girls’ Generation under SM Entertainment. It talks about opening a door to welcome a new world or era. Though it wasn’t originally written as a criticism of social or political issues, the song had a resurgence in popularity in 2016 when Ewha Women's University students sang it during part of their peaceful protest against the university whilst facing 1600 police officers. In 2016-2017,  there was a protest against President Park Geun Hye in South Korea, also known as The Candlelight Demonstrations, which was to impeach the President due to corruption charges, among other cases. At its peak in December 2016, around 2.3 million people hit the streets in an anti-Park rally. 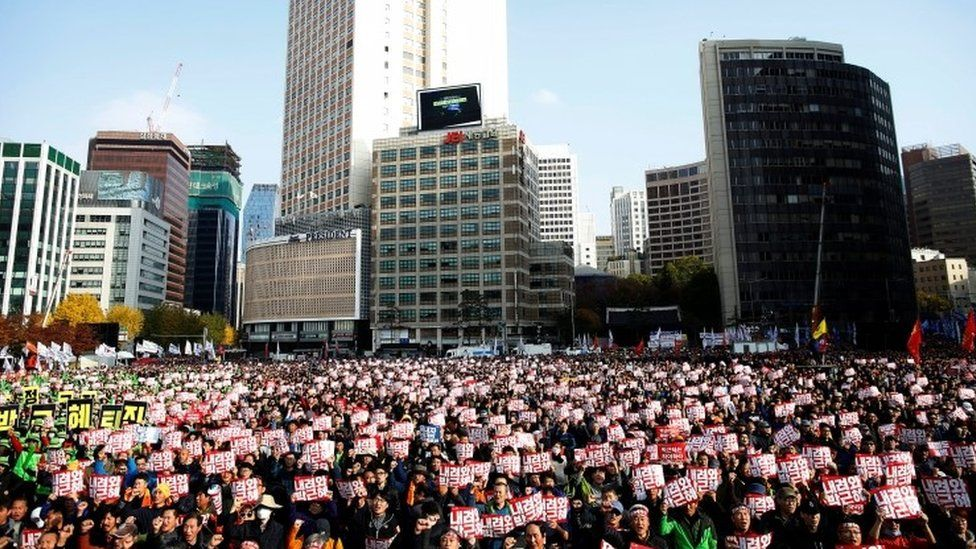 This song, along with Big Bang’s “Bang Bang Bang” and TWICE’s “Cheer Up”, were widely sung in protests and rallies, symbolizing the demand of a new beginning for the country. 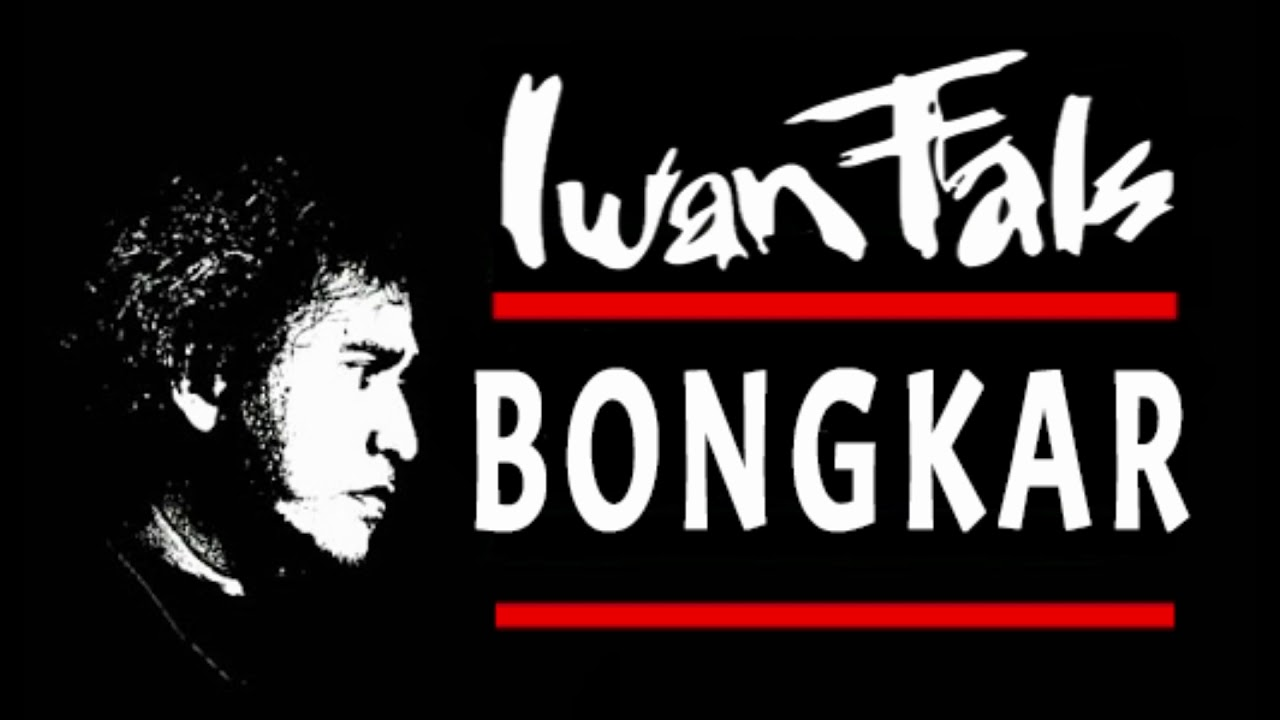 Iwan Fals is no stranger in the Indonesian music scene. He released his first solo album, Sarjana Muda, under Musica Studios in 1981. He then formed a group called “Swami” in 1989 and later became a part of Kantata Takwa, which contained several members of Swami. They released a self-titled album in 1990, featuring songs such as “Bento” and “Bongkar” that they sang during a demonstration by college students. ‘Bongkar’ or loosely translated to ‘expose’ talks about dissatisfaction with the government in the new order regime. This song in particular protests the government’s inability to represent the public and their aspirations so according to them, it’s better to rip the institution apart.